In this article, we’ll briefly explain what Forex is and how it functions.

Foreign exchange, or Forex, is trading one currency for another. The Foreign Exchange Market is another name for it. Companies, banks, governments, and private individuals who trade currencies internationally make up this industry.

The currency you trade on this market is called a “base” currency. The base currency can be US dollars, Japanese yen or any other major world currency like British pounds or Canadian dollars.

The goal of forex traders is to make profits by buying low and selling high on the foreign exchange market. This means that they buy when one country’s currency goes down in value against another country’s currency and sell when it goes up in value. This is accomplished by finding the pips spread between two currencies.

Financial traders have long been involved in increasing wealth, whether it’s for good or bad reasons. But to become a trader, certain requirements must be met, and age is one of these rules.

In the UK, the account opening is only for those who are 18 years or older. It’s 19 years old in many other countries but can be as late as 21 year-olds.

It is understandable that trading is a grown-up activity, and it can be quite time-consuming if you don’t know what you’re doing. Correctly dealing with your debt may take a lifetime, but adult responsibility and maturity are key here. 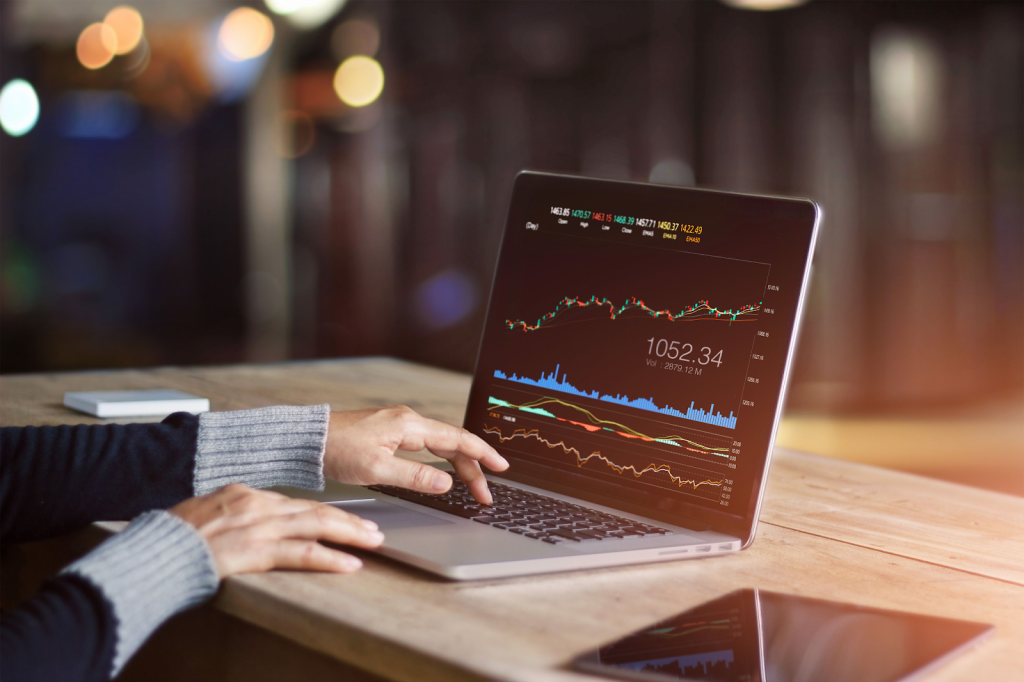 How Old Should One Need To Be to Start Trading in the Foreign Exchange Market?

This is a question that pops up every now and then, but the answer is not straightforward.

Benefits of Each Age Bracket in Terms of Forex Trading

Forex trading relies solely upon skills that are learnable. However, some personality traits may be challenging to develop.

Common risk tolerance is an important part of forex market trading success. With young people coming into their prime more and more, they may have a preference for riskier trades. Even if they should lose everything, they have fewer responsibilities and are less likely to suffer the consequences than older persons.

Traders will make mistakes as they learn the market and perfect their craft. This is useful for future trading careers, which means you can often find industry opportunities where you might land a lucrative gig.

It is normal for younger people to have energy since they don’t need as much sleep. This allows them to meet deadlines.

Managing the stress and deadlines of being a young professional is incredibly difficult. Unlike those who are older, younger people often have the energy this entails.

Traders with experience are often slower to learn new concepts. They’ve probably developed a strong resistance to change, and it’ll take more time to get them on board. Younger traders, however, have less built-up knowledge,e which helps make the switching process easier.

Numerous studies indicate that older individuals don’t always have the same abilities as their younger counterparts. Many times, ideas must first be absorbed to have a greater chance of taking root and implementing change.

One reason may be that people in their youth were better at forex because their brains were less weighed down by societal pressures, while older people have more overlooked and complex ideas. 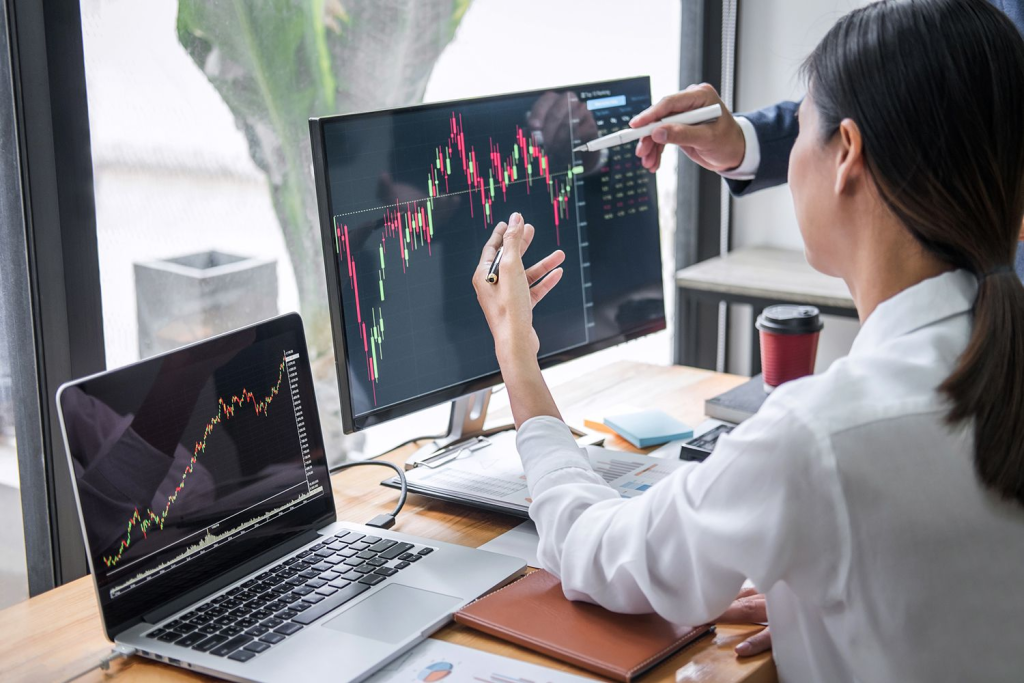 Experts in the field agree that forex can be difficult for beginners, but this is not necessarily true. Some people even push barriers up without even trying before they begin learning about trading &amp; working. Starting out with preconceptions about potential online trading learning paths may cause some frustration when learning to trade, so it’s important to reconsider your preconceptions before diving into the market.

Traditional responsibilities can often look like traps to young people, especially since they go through major changes in their lives. They may not see the long-term benefits of working at a company where they get a paycheck and a sense of security now rather than later.

Forex trading can offer a lot of benefits, but it is not a quick process. The most successful traders are those who are patient. They wait for the best opportunities to present themselves time and time again.

Forex is a system that can be tough to get the hang of at first. It involves patience, perseverance and curiosity! But with time and effort, you can learn how to master it.

Forex trading is not a strategy you want to try on your own. It needs three key elements before you can start to make any real and consistent income:

To say that you can’t make a million dollars in forex is a hard truth, but it is true. The market changes all the time, and you might be doing well one day and not the next. You just need to stay with it no matter what.

Forex trading is difficult for many individuals. But thankfully, if you’re a little more prepared and know what to expect, it’s not only possible but also highly successful. A company recently reviewed the process &amp; found that 96% of traders do not succeed in their journey & drop out of the process. Those are tough odds, but even so, they don’t have to stop.

FX trading might not be for you if you don’t have a lot of money. You would be competing with professional traders and those who have been studying it since birth. As with most other trades, traders need to put in the time and effort before the cash starts rolling in. But even so, it matters not how hard you try if you won’t get anything. That’s why your first investment needs to be made before anything else.

The advisor usually recommends that you start with £20, and the campaign will go smoothly. With £1000 as a starting goal, it would be quite hard to make your first gain without careful planning. Many young people don’t often start a business without having access to some kind of capital. Older traders might be more qualified because they have saved money before starting a new business or working in the field for much longer.

Young people tend to react with less control because they lack the life experience that older, more experienced people have. They don’t know what situations require a levelheaded analysis and which require an emotional one. Becoming older is a natural process, and the changes it brings are both healthy and necessary for survival. As you get older, you will find that you’re less impulsive, less reactive to bad luck &amp; more capable in general.

Bad trade calls can arise in forex due to emotions. This increases the risk of losing money as this is an impulsive decision that only serves to worsen things. Thus, traders should stop at a point that evolves with the market movements. Some people might take a risk, hoping for the best, and that’s how gambling comes into play.

Forex trading is an emotionally draining experience, and traders should keep that in mind. Fortunately, the younger generation is more likely to be able to handle those emotions better than older traders, so they are likely to make more money.

Older trading strategies have many beneficial assets. They are more developed and have experience behind them. Older traders also typically have the ‘requisite’ skills and qualities associated with successful traders. Aged traders are more able to handle risk because they have more life experience. They can also calm a situation down and take in the bigger picture.

In this age range, energy levels tend to be a little lower. And jumping into trading forex requires a lot of energy and effort. It’s not easy to get.

Conclusion: What is the Best Age to Engage in Foreign Exchange?

Because they have access to specialized equipment and services, professional forex traders are considered among the top one percent. Casual investors might represent the remaining 99 percent, but the instability of their market makes it challenging for them to generate net profits consistently. Professional traders have a unique approach to the market and frequently consider these elements before making a trading decision. They accomplish this while utilizing qualified equipment that offers high-quality services based on financial choices.

Traders that place trades fast and without a clear strategy frequently trade for long periods with subpar profits. They are renowned for showing emotion and being impatient. While some traders are unable to make a profit from their trading, others instead select strategies that suit the way their brains work. Focusing on and sticking with a plan will increase a trader’s chances of success.

The value of endurance and self-control cannot be understated while trading at a high level. Traders need to understand that feeling things will make things harder for them and ultimately cause them to lose more money. Traders must be prepared to be obedient and adhere to their rules. Although they may not always purchase or sell on trends, they consider their success or failure in light of how their portfolio performs.

It’s challenging to narrow down precisely what makes good traders successful. It might be attributed to brazen but measured thinking, exceptional research abilities, and the capacity to take risks and maximize their rewards. It’s also vital to remember that in forex trading, punctuality can be just as crucial as having a particular mindset.